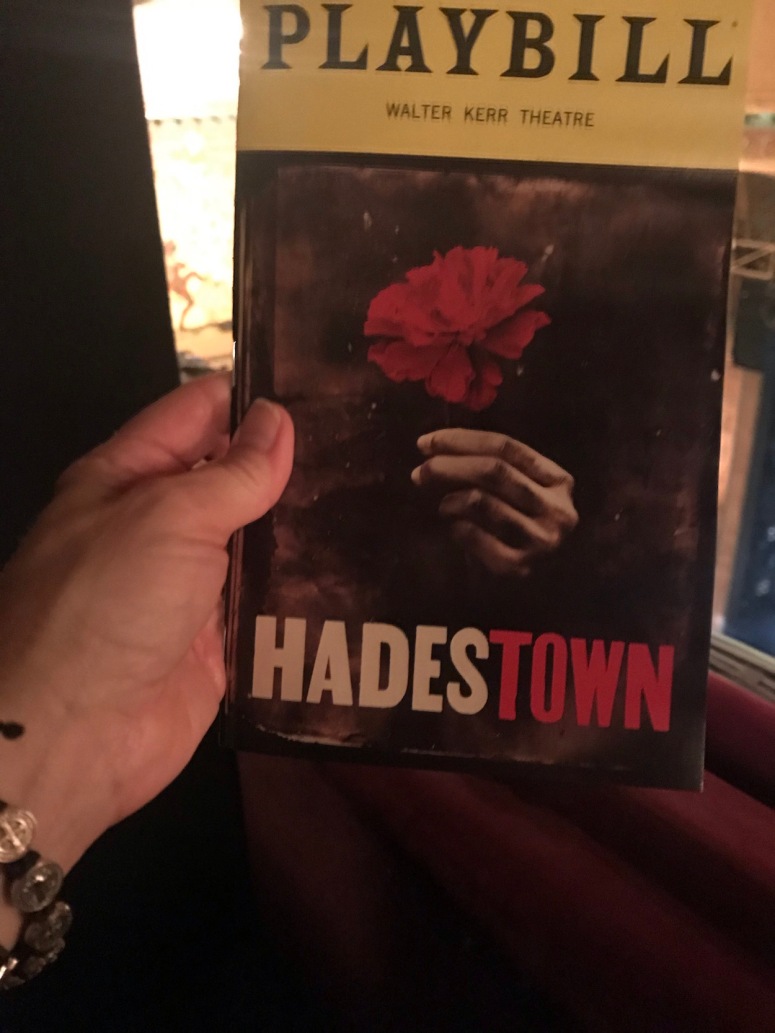 “A deeply resonant and hopeful theatrical experience.” A Google search of Hadestown provides this description under the “About” tab. To me, it’s very apt.

Musicals don’t typically make my must-see list. I love music, and I enjoy theater, but it has to be something pretty special for me to want to see the two merged together. I’ve seen my share of operas, but I always think of Richard Gere’s quote, as Edward Lewis from Pretty Woman: “People’s reaction to opera the first time they see it is very dramatic. They either love it or hate it. If they love it, they will always love it. If they don’t, they may learn to appreciate it, but it will never become part of their soul.” I definitely fall into the “I’ve learned to appreciate opera” category.

But I digress. This is supposed to be about Broadway musicals, not classic opera. Sometime over the summer, I heard an interview with the composer of Hadestown, Anaïs Mitchell. Several things jumped out at me from the interview:

All of this added up to me thinking, “Hadestown sounds like something pretty special. I might need to make a point to see it.” And see it I did, this past weekend during a long weekend in New York.

It did not disappoint.

Patrick Page is absolutely mesmerizing. But the whole cast really shines. Amber Gray is brilliant as Persephone; she plays her as a goddess I wouldn’t mind hanging out with. And André De Shields is a new favorite. He plays Hermes, who is the narrator and guide to Hadestown.

And it was all part of such a lovely weekend. I saw Hadestown with my sister Julie, who traveled to New York from Houston for the weekend. We were both there to see sister Elizabeth play a delightful Mrs. Hudson in “Sherlock Holmes: The Adventure of the Dying Detective.” It had been many years since either of us had seen Elizabeth in a play. And it was the first time we’d seen Elizabeth’s husband Quint perform. He made up for lost time by playing not one, but three, roles in the show.

All in all, a weekend that did not disappoint, on any front. Full of experiences that have become part of my soul. (Take that, Edward Lewis). 🙂