“Talking about slavery and race is awkward, and the museum stands a chance of becoming the rare place where this discomfort can be embraced.” – The New York Times (quoted in the Whitney Plantation brochure)

Whitney Plantation opened in 2014 as a museum with a focus on slavery. Its tagline is “The Story of Slavery.” It, indeed, makes the stories of the people enslaved there come to life in a way I’ve never encountered before. I remember visiting plantation museums in my youth, and all I can recall are boring accounts of the lives of the property owners.

I visited Whitney Plantation, about forty-five miles upriver from New Orleans, this past weekend. And had an experience more personally awkward and shameful, but ultimately more deeply moving, than the author of that NYT quote might have imagined.

But first, I must share the stories. The very first stop on the tour introduces you to “The Children of the Whitney”—statues created by artist Woodrow Nash. They are renderings of children depicted in narratives from former slaves. Those narratives were gathered back in the 1930s, when the Federal Writers Project (part of the WPA) collected thousands of first-person accounts of people who had been enslaved prior to the end of the Civil War. Since more than seventy years had passed, most of the people interviewed were children or teenagers at the time of their enslavement.

Your pass for the tour of Whitney Plantation bears a name and a portion of that person’s narrative. You’re encouraged to keep the pass as a remembrance. Also, our tour guide urged us to find the statue of the child pictured on our passes. I found Ceceil George standing by a wall. 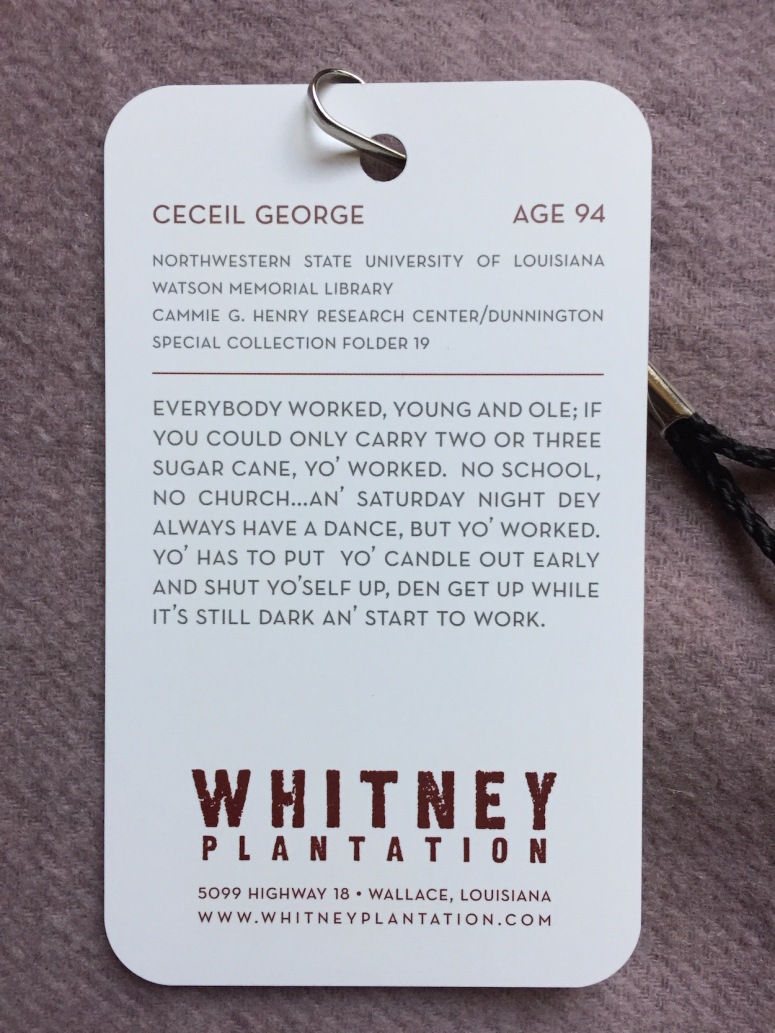 All through the tour, our guide encouraged us to make a personal connection. At another stop, the “Field of Angels”—a memorial to the thousands of slave children who died before the age of three—she encouraged everyone to find a birth date meaningful to you. Whether its your own, your child’s, your grandchild’s. I found Arthemise, born to Celeste on my birthday in 1837, who died at just sixteen months of age.

Another thing I noticed—our tour guide rarely used the word “slaves” as a noun. She used the word “enslaved” a lot. A reminder that the people who lived and died in such horrific conditions were people first, not property. They were enslaved people, and it is such a reprehensible part of our history that we dare not forget.

Whitney Plantation was originally known as Habitation Haydel. Jean Jacques Haydel was the family member who transitioned the property into the highly profitable sugar cane plantation it became in the early 1800s. I’ve known for most of my life that my French ancestors settled around and near Whitney Plantation, but I had always assumed it was after the Civil War. I’d never known of a connection to the Haydels, which is still a common name in New Orleans, until now.

It turns out I am a direct descendant of Jean Jacques Haydel. About seven generations and more than 200 years removed, but a direct line nonetheless. According to Whitney Plantation’s website, my great-great-great grandfather married Jean Jacques Haydel’s granddaughter. They moved from Louisiana to France in the 1820s, but returned in the 1830s.

There is a sign you see when you leave Whitney Plantation. It reads “Freedom, Education, Family. Pass it on.” Learning of my ancestors’ part in the business of Habitation Haydel makes that last sentence more than a suggestion to me. It’s an imperative. It’s imperative that I share the stories of Ceceil George, and Arthemise, and all the other countless souls who suffered the shackles of slavery. If you live in southern Louisiana, please find the time to visit Whitney Plantation. I arrived there from my house in less than an hour. And if you don’t live here, but plan to visit New Orleans any time soon, please make Whitney Plantation a high priority in your itinerary. 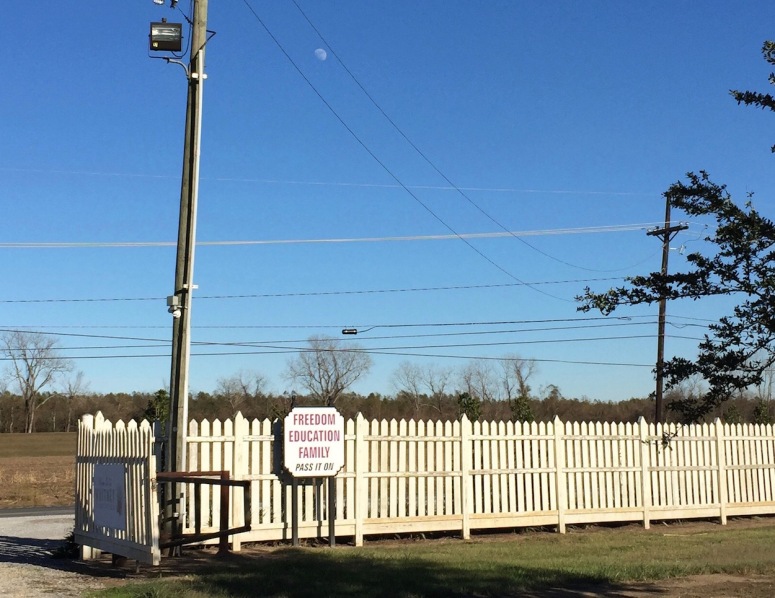