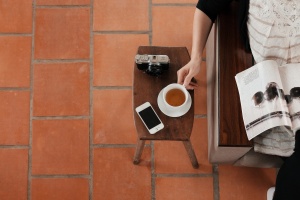 I read The Week pretty regularly. I don’t watch much television anymore, and I never see the local news unless someone puts a clip from it on Facebook. I canceled our subscription to The Times Picayune when they dropped their coverage to only three days a week. (They claimed they would bolster their coverage on their website to make up for the loss. I don’t think it quite worked out that way.)

And yes, I could, and probably should, subscribe to the New Orleans edition of The Advocate. But I haven’t, because I don’t miss the smelly, smeary, pile of papers that would pile up on the sofa, that I never had time to read. At least never more than the headlines.

So, while I admit to being a bit light on local coverage, I rely on the print edition of The Week, and the daily “10 things you need to know today” e-newsletter, to keep me informed on national and global events. (And NPR, too).

I really like the mix of columnists and featured writers on theweek.com. I appreciate the representation of both conservative and liberal voices. If I have one complaint, it is that the regularly featured writers skew male, but that seems to be more a reflection of traditional media as a whole, and not something endemic to The Week itself.

That being said, my favorite of all The Week’s columnists is Damon Linker. I am nearly always struck by his thoughtful, well-formed opinions on religion, conservatism vs. liberalism, philosophy, and how all of it affects American politics and American culture. He doesn’t treat religion or faith as an affliction, and he truly seems to recognize the power faith can hold in improving the outlook and the outcome of an individual life. Other columnists for The Week write about religion and faith, but I’m most consistently drawn to his voice.

Damon Linker’s recent article, “What I got wrong in 2015,” got me thinking. The two columns he most regretted both concerned Donald Trump. I’m way beyond Trump burnout, so I don’t really care about what he may have gotten wrong about him. No, instead, it got me thinking about the two pieces Damon Linker wrote in 2015 that made me defensive.

One of those pieces appeared just a few days before his “What I got wrong” article. It was entitled “How America became obsessed with Star Wars and other childish things.” As a 46-year-old woman who had just written a blog post about The Force Awakens, and whose Twitter profile picture is in Princess Leia costume, I felt immediately defensive over the use of the term “childish.” (I felt some relief when I read “Princess Leia, feminist hero,” by Emily L. Hauser, another columnist for The Week.)

I am the same age as Damon Linker. He wrote how he started to outgrow Star Wars after seeing Return of the Jedi. He found the Ewoks ridiculous. So our 13-year-old-selves might have seen eye-to-eye immediately after seeing the movie in 1983. But our paths must have diverged after that. As I grew up, I came to admire, and envy (as a fiction writer), how Star Wars has transcended borders, and generations. How it’s managed to tap the zeitgeist of multiple eras.

Linker wonders about the fate of “serious film” amidst the proliferation of Hollywood blockbusters. And here is my biggest complaint about this particular article. I would have liked Linker to share an example of what type of film may be languishing when we should be embracing it instead. I’m all for a challenging cinematic experience, I just need to be ready for it.

The second defensive reaction (chronologically, the first) concerns a column that ran in April 2015, titled “The self-deception of the intentionally childless.” In it, Linker called couples that choose to not have children hedonists, pursuing material rewards, social status, career advancement.

This one cut more deeply.

Having been married ten years now, and with no children of my own, I took an exception to this rather one-sided assessment. Our choice to not have children is multi-faceted. My age at the start of our marriage is only one facet.

And to the heart of things, my husband and I are not isolated from our families, off pursuing our material aims while our siblings toil and sacrifice alone to raise their children. Our worlds are knit together, and there are nieces and nephews and brothers and sisters flowing in and through our lives.

In April, when I read this article, I was writing a short story featuring a man who really wanted a child, and his wife who wanted nothing to do with him, much less bear his child. In my mind’s eye, the fictional wife in that story qualifies as a hedonist.

But she is a fiction. And in many ways, so are all these purely hedonistic, childless couples. Which leads to my biggest disappointment in Linker’s essay. There are many reasons why a couple might choose to remain intentionally childless. Pursuit of a pleasurable life, minus the bonds of parenting, is only one.

So there you go, Damon Linker. Please continue to write your thoughtful, insightful columns. I’m all in. But next time you tackle popular space sagas, consider giving us some suggestions for getting past our Star Wars addiction. And on childbearing, remember that there are many reasons to choose not to have children, and not all of them are selfish.

2 thoughts on “The Time(s) Damon Linker Made Me Defensive”