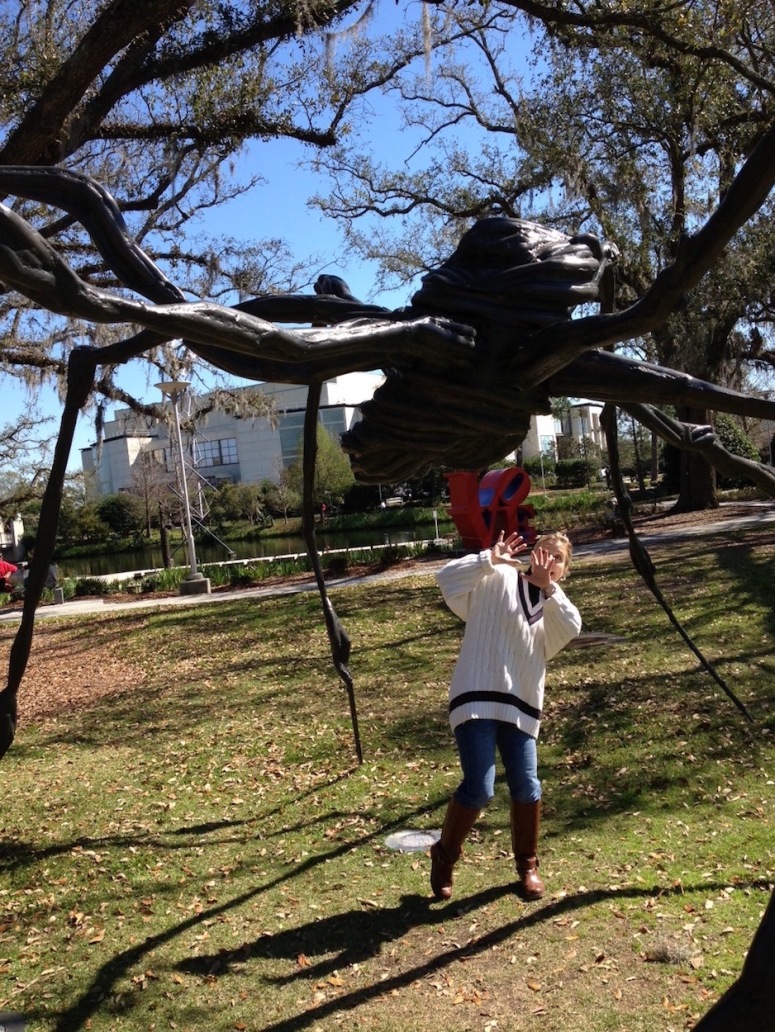 There is a theater company here in New Orleans called The NOLA Project. They’ve been around for more than ten years now, so they don’t really qualify as “newcomers.” But I’ve seen many of their productions over the years, and I’m always struck by how they manage to keep things fresh.

Case in point, there’s their annual spring production in the New Orleans Museum of Art’s sculpture garden. A (sort-of) quick aside: the Sydney and Walda Besthoff Sculpture Garden is one of my favorite places in the city. There is something transcendent about the way the sculptures are seamlessly woven into the five acre landscape of mature oak and pine.

And an aside to the aside: the name itself features a bit of New Orleans history. Sydney Besthoff was one of the principals in Katz and Besthoff, or K&B—a pharmacy that dominated the New Orleans cityscape for most of the twentieth century. People of a certain age in this city will still describe a particular color as “K&B purple.”

I saw The Spider Queen with two nieces on Friday. The play was staged on the patch of ground in front of a sculpture called “Spider” by Louise Bourgeois. It’s the one pictured at the top of this post. (That photo was taken about four years ago, during one of the three cold-ish months we have in New Orleans.)

The most remarkable thing about The Spider Queen was, hands-down, the puppets. There was a bird operated by two puppeteers, and a dragon that (I think) had five puppeteers. The ogres had just one puppeteer apiece:

And the production saved the best for last. Here’s the Spider Queen herself. I think she had six puppeteers:

So, back to the original point I was attempting to make, about The NOLA Project keeping things fresh. The spring production in the sculpture garden is an annual thing, and it’s something I’ve done with an assortment of nieces over the years.

For several years in a row, it was Shakespeare in the garden. It was during Much Ado About Nothing, as I recall, when we had messy crepes filled with speculoos and had to fend off a termite swarm. (The two things are not related. Termites swarm in New Orleans every May, regardless of what’s in your crepe. If swearing off speculoos would keep the termites away, I would do it. Reluctantly.)

As timeless as Shakespeare can be, I’m glad The NOLA Project hasn’t felt compelled to stage the Bard every spring in the sculpture garden. While I’m sure some of the universal human foibles that inspired Shakespeare are still around, it was a lot of fun to see a contemporary composition, inspired by one of the very same places that inspires me.

Not to mention, niece Kate can do a spot-on imitation of the ogres. Much better than I bet Shakespeare himself could have done. 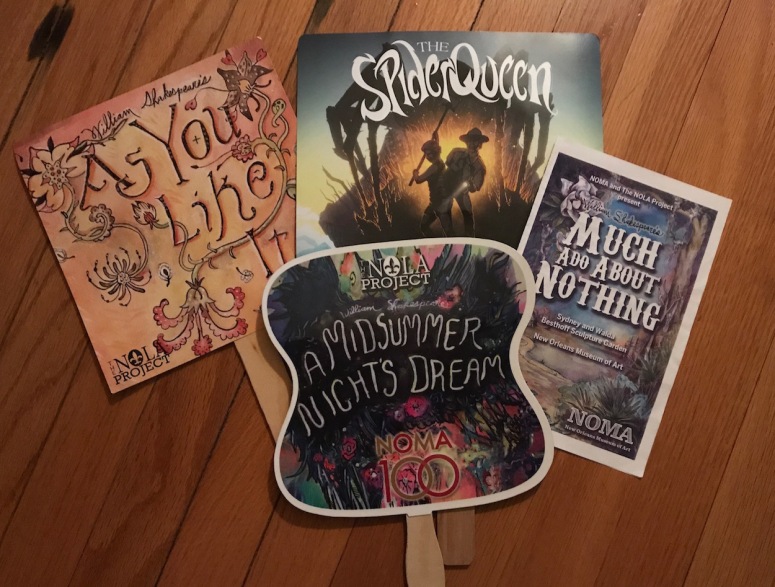 One thought on “The Spider Queen”