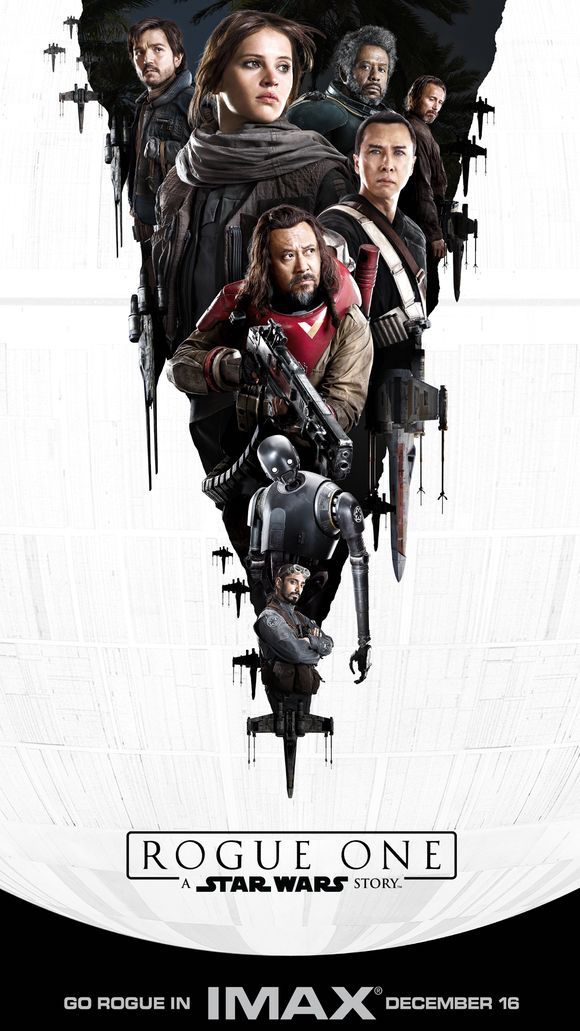 So, I saw Rogue One on Friday. And I’ll try to keep what I’m about to write spoiler free. Since it seems I’m inherently unable to write a straight-up review anyway, that shouldn’t be too hard.

I feel kind of bad that Rogue One: A Star Wars Story hasn’t received the same level of hype as Star Wars: The Force Awakens. (Though, to be sure, the amount of hype out there is more than sufficient.) Because I thought it was a really good movie, possibly a notch above last year’s offering. I enjoyed Rogue One more than The Force Awakens.

All of what I’m about to write has been touted before, so I don’t think I’m spoiling anything: Rogue One is meant as a stand-alone story. There’s no crawl at the beginning, signaling it’s not part of the (now) seven-episode Star Wars story arc. Which I guess is why it’s not getting the same amount of hype as Episode Seven, or (I can only imagine) what next year’s Episode Eight will get.

A nice byproduct of the lessened hype: I didn’t need to implement the same level of planning as I did for The Force Awakens. Husband Tim and I prefer to watch the standard viewings—no IMAX or other vertigo-inducing formats for us. (Even though the IMAX poster is probably my favorite of all of them). So it was pretty easy to secure tickets for an early evening show, and we had our pick of seats in the theater.

Here, in no particular order, are the reasons I enjoyed Rogue One:

Anyway, if you like war movies, and Star Wars, go see Rogue One. I don’t think you’ll be disappointed.

2 thoughts on “Rogue One”