Today is Ash Wednesday, the start of Lent. Yesterday was the end of all the festivities that make up the Mardi Gras season in New Orleans.

I’ve come to realize over the course of many years of adulthood that Lent fits into my lifestyle more easily than Mardi Gras does. Especially my writing lifestyle. When you work full-time, and focus on writing during your “margin” times, I look to the weekends to make progress on my works-in-progress. Or at least think about making progress while I’m doing laundry and other stuff I tend to save for the weekends.

This year, I made a conscious effort not to feel guilty or anxious about the writing I don’t do over Mardi Gras. I had some success; I certainly felt more at ease with the frivolity this year than I have in years past. That writing anxiety is pretty much antithetical to the whole spirit of Mardi Gras, and I would hate to be against the spirit of the season.

Making progress on positive, life-affirming goals — writing and otherwise — is what Lent is for, anyway. 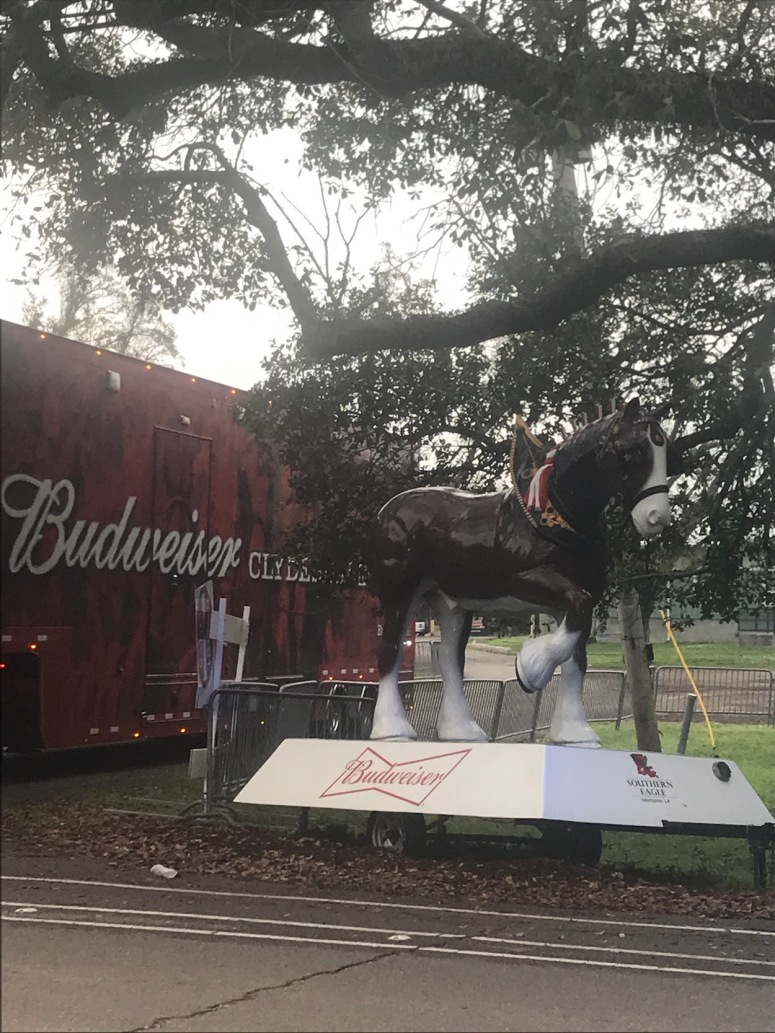 Okay, well, really 100%. Though my final issue of Moby-Dick from Serial Reader won’t arrive until later this morning; as luck would have it, I managed to read to the end using an analog copy.

And luck, or chance, did seem to have something to do with it. I’ve been tidying up (no, I have not watched Marie Kondo’s show on Netflix. My current tidying initiative is the consequence of a need, long-neglected, and a Lenten resolution). So, anyway, I was clearing a shelf on a bookcase, and happened across the copy of Moby Dick pictured above.

The copyright is 1948, and this edition is a fifth printing, dated June 1953. My father’s name is inscribed on the title page. Given the timing, I have to think he acquired the book toward the end of his college days. And I acquired it roughly three years ago, when we were doing the final clearing of my parents’ house before selling it.

Talk about a long-neglected need. When I subscribed to Moby-Dick on Serial Reader, I wasn’t aware that this copy was sitting on a shelf in my house. I don’t regret reading Moby-Dick on my phone — the print copy is yellowing and would have been much the worse for wear, had I toted it everywhere with me and read eight pages a day for the last eighty days.

I just wish I had been a bit more cognizant of my belongings.

There’s so much I could write about Moby Dick as literature: how Melville spends a lot of time on whales, how he introduces compelling characters in the final third of the book (something I thought I wasn’t supposed to do as a writer), how he telegraphs the ending. But it’s getting late, and I want to wrap this up.

One of the benefits of reading on my phone: I can take screen captures of passages that speak to me. There are about sixteen screen captures from Moby-Dick sitting in my favorites right now. Many of the passages are pretty dark, and I’d hate to conclude my post that way. So instead I’ll end with a quote that strikes a nice balance:

“Would to God these blessed calms would last. But the mingled, mingling threads of life are woven by warp and woof: calms crossed by storms, a storm for every calm. There is no steady unretracing progress in this life; we do not advance through fixed gradations, and at the last one pause: — through infancy’s unconscious spell, boyhood’s thoughtless faith, adolesence’ doubt (the common doom), then scepticism, then disbelief, resting at last in manhood’s pondering repose of If.”

The odds are against Anne McClane…

That’s just the way she likes it.

Thanks to my Die Hard poster for letting me paraphrase some promotional copy. It seemed an appropriate way to open this most auspicious of posts—WordPress tells me this is #100!

When I began this venture in 2015, I had no idea what would fill this digital space. From then to now, I’ve never worried too much about it. (Any regular visitor here has probably figured that out by now. Bless your heart.) My intention with all this remains the same as it ever was: to give my writing ambitions a public face. And, essentially, to let anyone who may be interested know that I am a fiction writer.

Posting once a week for the past two years, I’m hitting 100 right on pace. While I just wrote that I’ve never worried too much about the content, I’ll admit it hasn’t always been easy to meet my self-imposed weekly Wednesday deadline. There have been times when I’ve concocted something in the wee hours of a Wednesday, or used my phone’s data to post something from an airport. Or written something in a hotel bathroom because I was sharing the room and didn’t want to disturb my sleeping roommate.

Since I haven’t missed a Wednesday yet, I feel inclined to reference another Bruce Willis character, and another great, preposterous, movie: Harry Stamper in Armageddon. In the scene where he’s fighting with Colonel Willie Sharp (played by William Fichtner), trying to get him to turn off a nuclear bomb, this is what Harry Stamper says:

“I have been drilling holes in the earth for 30 years. And I have never, NEVER missed a depth that I have aimed for. And by God, I am not gonna miss this one, I will make 800 feet.”

Okay, so, I haven’t been at this for 30 years, and the fate of the planet definitely does NOT depend on my blog posts. But for those times when I think of skipping, I think of this scene, and it gives me just enough fire to put something together.

In keeping with the number theme and my “come what may” attitude, here are a few stats:

*12 million blogs is completely fictitious. I have no idea how many blogs there are in the world. 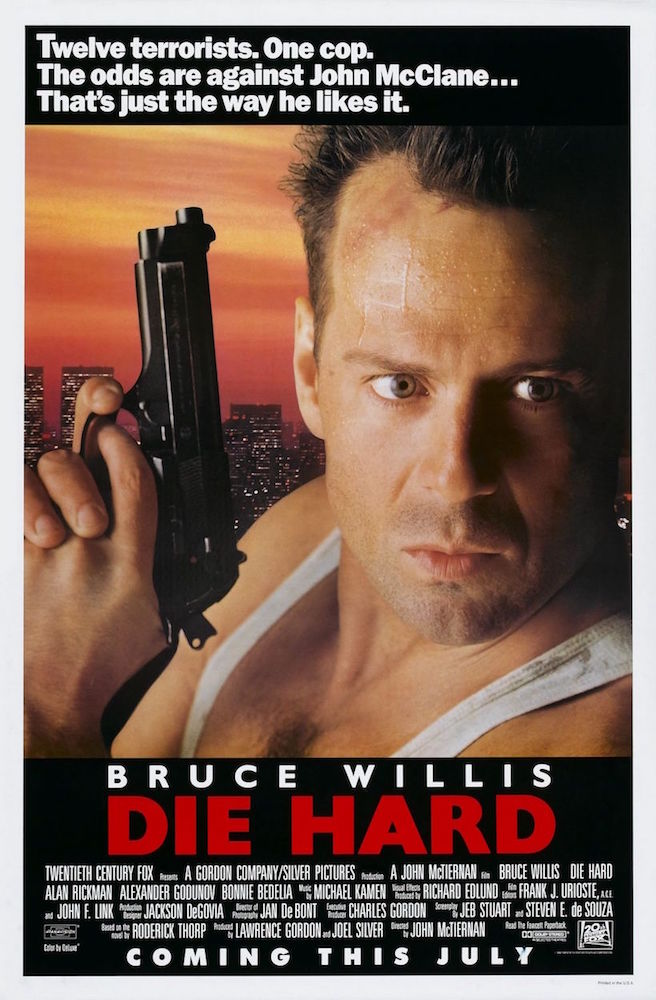 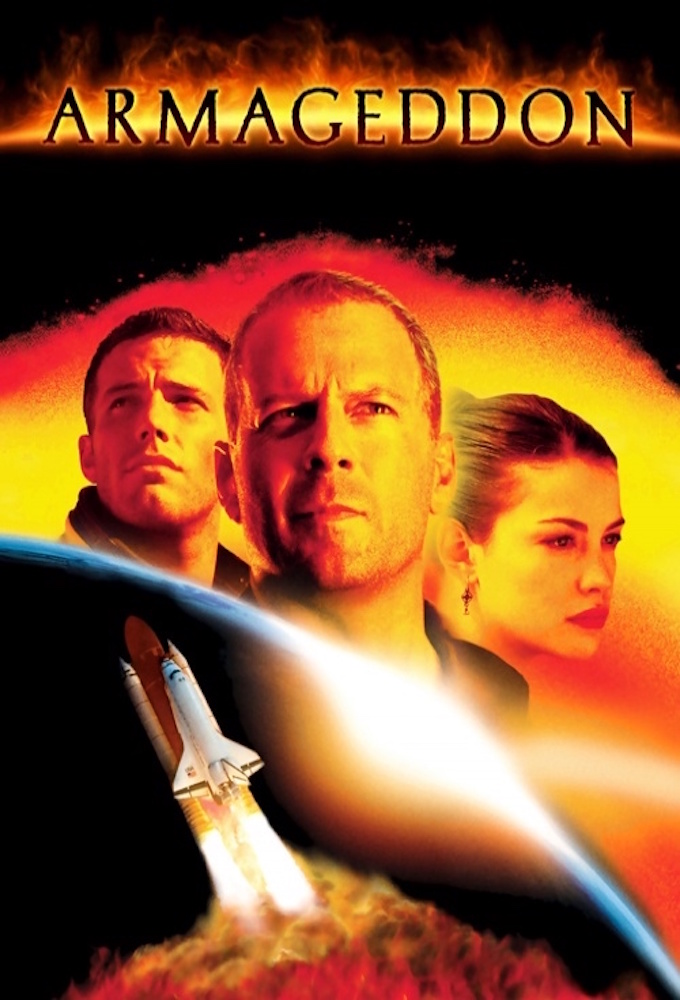 The unexamined life is not worth living

Socrates is credited with that saying, and the circumstances under which they were uttered are as worthy of consideration as the saying itself. According to Plato’s Apology, Socrates said these words during his trial for impiety and corrupting youth.

So, here we have Socrates, bucking up against the government in power, having to defend himself, his actions, and his philosophy. Roughly 400 years later, Jesus Christ would come around.

Before Jesus underwent his own trial, he went on a legendary “life examination” in the desert, fasting for forty days and forty nights, and facing down the devil and his temptations. And initiated the very first Lenten observance.

Being an introspective sort, Lent is never a hard sell for me. Truthfully, a big part of me kinda looks forward to it every year. Life is a cumulative thing, and it’s not like the bad habits, thoughts, or attitudes I may have focused on in prior Lenten seasons have miraculously disappeared. Or cured themselves.

No, more often than not, they reassert themselves when I’m not paying attention.

Using Lent as a means to examine my life seems to have taken on greater importance, especially these last seven years or so. It’s in these last few years that I’ve “found” my vocation as a writer, thus I’ve been writing more than I ever have at any other time in my life. I could go so far as to say that “the unexamined word isn’t worth reading,” but I would only be speaking for myself. I wouldn’t want anyone reading something that I haven’t thought through.

(Believe it or not, I do think through these blog posts.)

So, here I find myself at the dawn of another Lenten season. Resolving to: limit my sugar intake, seek balance with family/work/home, and carve out the time to finish The Tremors on the PCH. Because very recently, I was reminded of what it would take to accomplish this. I have to work on it every day. It’s something I know works, because I’ve put it into practice before. But certain bad habits reasserted themselves when I wasn’t paying attention.

Or rather, when I was paying attention to the publishing and promotion of my first novel. I convinced myself that those tasks “count” as writing. But they definitely don’t. What counts is when I’m immersed in the story, and I can see things start to take shape, things that I only had an intuitive feeling about at the start of the process. And some things that come up out of the blue, but make so much sense for the story that I can’t believe I didn’t think of them in the first place.

No—that kind of stuff counts as writing. Because the only thing that produces a first draft, and all the subsequent drafts, and eventually a final, is immersing yourself into the thing and just writing it.

King cakes are one of the things I love about living in New Orleans. For those of you not from around these parts, here’s the Wikipedia definition… END_OF_DOCUMENT_TOKEN_TO_BE_REPLACED

This will be my final posting of the 2016 Lenten season. I wrote a bit about Lent at the start of it, Ash Wednesday, a few weeks… END_OF_DOCUMENT_TOKEN_TO_BE_REPLACED

“We can’t eat this bird.” “What? Oh God, is it Lent again already?” Matthew Broderick as Phillipe and Leo McKern as Imperius in Ladyhawke Today is Ash… END_OF_DOCUMENT_TOKEN_TO_BE_REPLACED