So, I watched Akira Kurosawa’s Yojimbo recently. Decades have passed since the last time I’d seen it. And really, I’ve only seen it one time through. It’s not like I spent a long-ago summer watching and re-watching it. Though I might correct that mistake this summer. Thanks to Amazon, I now own a digital Criterion Collection version.

Two things stayed with me, from that single viewing years ago. One–the theme. It’s this fascinating mix of sounds. Opens with amazing percussion, then horns, and strings. And the second thing is the way Toshiro Mifune fights. It’s cemented in my memory as this mind-boggling run-run-stab-stab dance. No, not so much a dance, as an obstacle course. Like American Ninja Warrior, but with a lone Samurai killing machine.

Actually, it was modern-day killing machine John Wick that inspired me to revisit Yojimbo. The first John Wick was playing on TV, and something about the scene in the night club, where John Wick is going after the bad guy who murdered his puppy, made me think of Toshiro Mifune. Except with Keanu Reeves, it was more of a run-run-shoot-shoot kind of movement.

There’s so much I could write about Yojimbo. There are so many more masterly details I picked up on. But I’ll try to be succinct, and I’ll start with the two items that have stayed with me through the years. They’re both pretty elemental, and they didn’t disappoint. 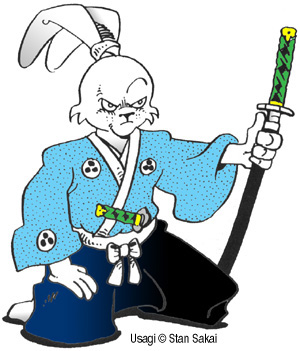 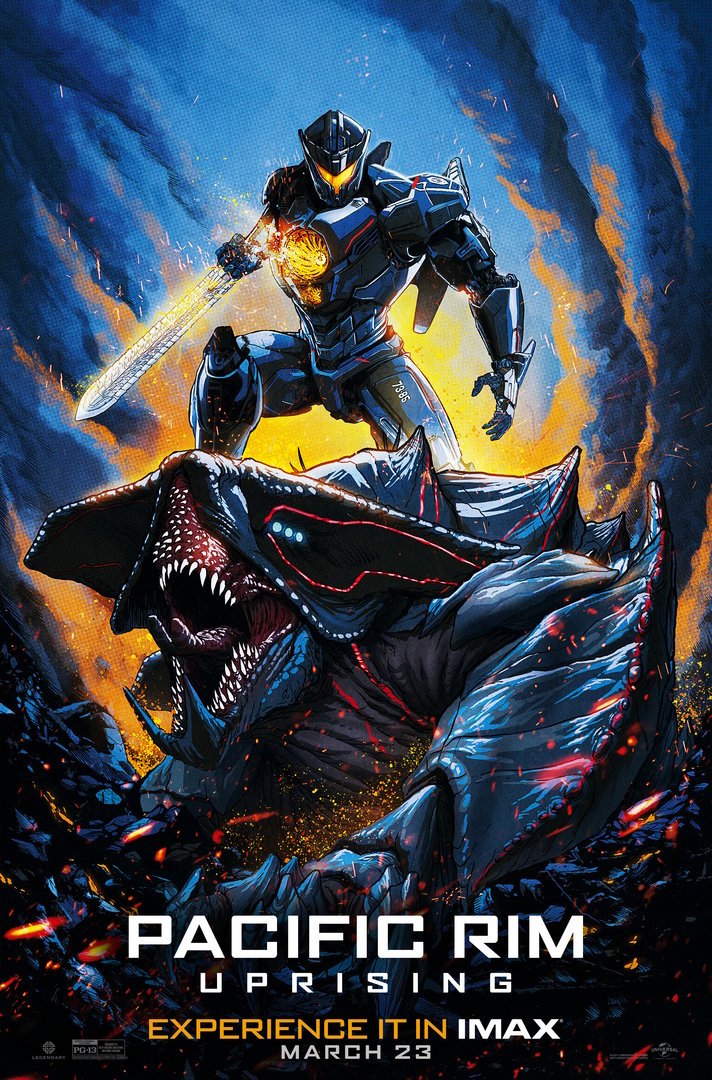 I saw Pacific Rim: Uprising this past weekend. I thoroughly enjoyed it. The events in this sequel take place ten years after 2013’s Pacific Rim. So, only five years passed in real life, while ten years went by in movie time.

Still, that five years in real time is notable. By Hollywood standards, it’s a little lengthy for a sequel release. It seems to me, the hit movie makers don’t want to give audiences time to forget what they love about a movie. It seems even the most persnickety of filmmakers get their sequels out in no longer than a three-year time span.

But maybe I’m thinking way too much about this. Before the movie, I saw a trailer for Incredibles 2. That’s a fourteen-year lapse since the first Incredibles. Who knows?

Anyway, regarding Pacific Rim: I did not forget what I loved about the first one. That’s why I saw it opening weekend. I accompanied Niece Nicole and her friend Rachel to an early Saturday IMAX showing.

So what do I love about the world of Pacific Rim? Lots of stuff, but underlying it all is probably that it’s a story about kaiju. Who, in the Pacific Rim universe, are giant, engineered sea monsters. I have a very special place in my heart for Godzilla, so Pacific Rim pretty much had me at “giant monsters.”

When you mix in giant robots (Jaegers), who require a neural link (a drift) between two humans to operate, a plotline that incorporates the imminent destruction of Earth, and a compelling love story (at least, the first one had this). . .well then, count me in.

Oscar-winning Guillermo del Toro produced Pacific Rim: Uprising, but he didn’t direct it. He was producer and director on the first. So there is definitely some differences in style between the two movies, but I didn’t mind that. I appreciated that the second film begins with a voiceover, a recap of the events in the first film. The voiceover also sets up the main character, Jake Pentecost (wonderfully portrayed by John Boyega), without any unnecessary exposition.

The movie opens with Jake squatting in the abandoned, palatial homes of Southern California, an area that was never rebuilt after the events of Pacific Rim. I knew right then and there the movie would be a hit with me. I’ve always figured that would be something I would do, should the current paradigm of our world shift. As a matter of fact, that’s the only way I ever see myself living in a huge, palatial estate. I don’t see the point of it, even if I won the lottery.

Anyway, here are the three things that came as news to me:

And how there’s a wide open possibility for Raleigh Becket to return in Pacific Rim 3. Here’s hoping we don’t have to wait another five years for that.

I’m a writer, and my goal is to publish fiction, and this blog is (mostly) about my journey toward that goal. To that end, I plan to… END_OF_DOCUMENT_TOKEN_TO_BE_REPLACED