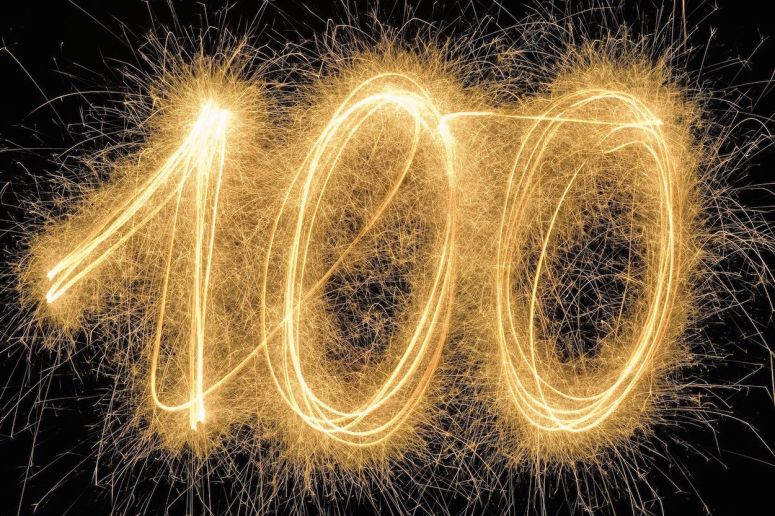 The odds are against Anne McClane…

That’s just the way she likes it.

Thanks to my Die Hard poster for letting me paraphrase some promotional copy. It seemed an appropriate way to open this most auspicious of posts—WordPress tells me this is #100!

When I began this venture in 2015, I had no idea what would fill this digital space. From then to now, I’ve never worried too much about it. (Any regular visitor here has probably figured that out by now. Bless your heart.) My intention with all this remains the same as it ever was: to give my writing ambitions a public face. And, essentially, to let anyone who may be interested know that I am a fiction writer.

Posting once a week for the past two years, I’m hitting 100 right on pace. While I just wrote that I’ve never worried too much about the content, I’ll admit it hasn’t always been easy to meet my self-imposed weekly Wednesday deadline. There have been times when I’ve concocted something in the wee hours of a Wednesday, or used my phone’s data to post something from an airport. Or written something in a hotel bathroom because I was sharing the room and didn’t want to disturb my sleeping roommate.

Since I haven’t missed a Wednesday yet, I feel inclined to reference another Bruce Willis character, and another great, preposterous, movie: Harry Stamper in Armageddon. In the scene where he’s fighting with Colonel Willie Sharp (played by William Fichtner), trying to get him to turn off a nuclear bomb, this is what Harry Stamper says:

“I have been drilling holes in the earth for 30 years. And I have never, NEVER missed a depth that I have aimed for. And by God, I am not gonna miss this one, I will make 800 feet.”

Okay, so, I haven’t been at this for 30 years, and the fate of the planet definitely does NOT depend on my blog posts. But for those times when I think of skipping, I think of this scene, and it gives me just enough fire to put something together.

In keeping with the number theme and my “come what may” attitude, here are a few stats:

*12 million blogs is completely fictitious. I have no idea how many blogs there are in the world.